"Often hypersomnia is the cause of another illness. It is necessary to determine the cause in order to establish the most appropriate treatment".

The hypersomnia is the symptom (subjective complaint of the patient) consisting of tendency to sleep in abnormal situations. That is to say, it is an excessive facility to conciliate the dream during the day, in situations that to most of the people it does not happen to him. It is a symptom that can appear in multiple diseases, or be related to the ingestion of drugs.

The first point is to delimit what is and what is not normal. Here the opinion of the patient and those who live with him is basic. The fact of complaining in itself is not normal, but to corroborate its abnormality it is convenient to make sure that it appears in non-normal situations.

What are the symptoms of hypersomnia?

Excessive sleepiness is reported by the patient and/or family. There are sleepiness assessment scales, with limit scores for normality and mild, moderate or marked intensities.

Once referred by the patient and observers, the magnitude of the hypersleepiness must be confirmed.

Excessive sleepiness is a symptom that should be studied whenever its frequency or intensity makes the affected person or those living near him/her suspect that it is not proportional to nighttime rest. As it can be a warning sign for the presence of other diseases must be evaluated and follow the diagnostic study. 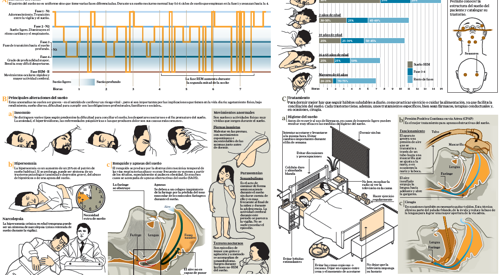 You may have hypersomnia

What are the causes of hypersomnia?

In addition, the intake of multiple drugs can alter the normal state of vigilance and produce the abnormal sensation of daytime sleepiness. Therefore the hypersomnia can be classified like secondary (to another process) or primary-idiopathic (when she is the first disease).

Once confirmed the hypersomnia the first step is to eliminate drugs that can produce it. Afterwards, it is necessary to look for the presence of other symptoms or signs, if there is an associated disease that can produce this symptom.

In addition many local or diffuse infectious pictures (sepsis, disease of the dream, transmitted by the fly tsé-tsé,) are going to produce somnolence, especially if the fever is high and if one is children or people of advanced age.

If it is discarded that another disease causing the hypersomnia exists we are before a disease properly of the dream. In this field the most habitual pictures are going to be the narcolepsy and the idiopathic hypersomnia.

When the cause of hypersomnia is not found, one usually speaks of idiopathic hypersomnia; this disease as such usually begins in youth, and has better evolution than narcolepsy.

Narcolepsy or Gelineau's disease is a genetic disease that usually begins in youth, and it is cured with:

How is hypersomnia diagnosed?

The most common method is to carry out the Multiple Latency Test study to find out the time required to fall asleep in 5 naps two hours apart, during the same day; this test also serves to find out if the patient enters REM.

With this sleep test, the diagnosis of hypersomnia is made if the latency of entry into sleep is less than 5 minutes.

If the patient enters REM at the beginning or a few minutes after the start of sleep in two or more naps, the most likely diagnosis is that of the disease known as narcolepsy.

How is hypersomnia treated?

For example, in the syndrome of obstructive sleep apneas, the treatment with CPAP is going to improve the drowsiness and the sensation of tiredness in a very showy way already from the first day of use of the apparatus.

Hypersomnia will only be treated on its own when we are faced with a sleep disease in which hypersomnia is the main symptom, that is, especially in narcolepsy and idiopathic hypersomnia, or when despite the appropriate treatment of the underlying disease, drowsiness persists as a major symptom.

In narcolepsy and idiopathic hypersomnia the treatment of hypersomnia will depend on the severity of the symptom. If it is mild, it begins with measures of order of schedules, taking care of the night sleep, maintaining fixed schedules of lying down and waking up, and a daily nap. Also, it is possible to resort to the coffee like stimulant. If it is not enough, soft stimulants such as Pemolina magnésica can be used.

Otherwise, centramine, methylphenidate or other amphetamine derivatives should be used.

In the last 4 years a new drug has been introduced into the market aimed at treating hypersomnia both in narcoleptics and in patients with idiopathic hypersomnia who seem to have fewer problems than amphetamine derivatives.

Its name is modafinil. It is a more expensive medication, and has no effect on the other symptoms of narcolepsy (cataplexy, paralysis, hallucinations.) Cataplexy, hypnogogogic hallucinations, and sleep paralysis have traditionally been treated with two classes of antidepressant medications, including tricyclic antidepressants and selective serotonin reuptake inhibitors.

The Sleep Unit
of the Clínica Universidad de Navarra

Accredited by the Spanish Sleep Society, the Clinic's Sleep Unit has the latest advances in diagnosis and treatment of sleep disorders.

The joint work of the different medical and surgical disciplines that integrate the Unit of the Sleep of the Clinica does that every patient can be attended approaching his problem of global form, collaborating, if it is necessary, for different specialists.